D’Asign Source Botanicals got its start in 1993 as Paradise Potted Plants—a D’Ascanio family project collecting coconuts; planting them and watching them grow. Soon, there were so many coconut palms that no one knew what to do with them…  a nursery was born!

The nursery was renamed Palmerino Palms in honor of family patriarch, Palmerino D’Ascanio, who passed away in 1995. The nursery continued to grow and Palmerino Palms had 1/4 acre of land dedicated to growing 1,000 plants. By 1998, the successful family nursery became a major supplier of quality rare palms in the Florida Keys. Plants were in high demand. To keep up, the nursery moved to a new one acre parcel where more than 2,000 plants were grown. This blossoming business became D’Asign Scapes. D’Asign Scapes is where the business first took on landscape design and installation.

2002 brought yet another expansion to the business. A second generation of D’Ascanio’s came together under one roof to open a world class design/build firm, D’Asign Source. With the landscape architecture division taking off faster than a coconut palm, the business realized the need to grow again. D’Asign Source expanded growing operations to 5 acres which allowed for 5,000 rare and exotic plants to be grown. 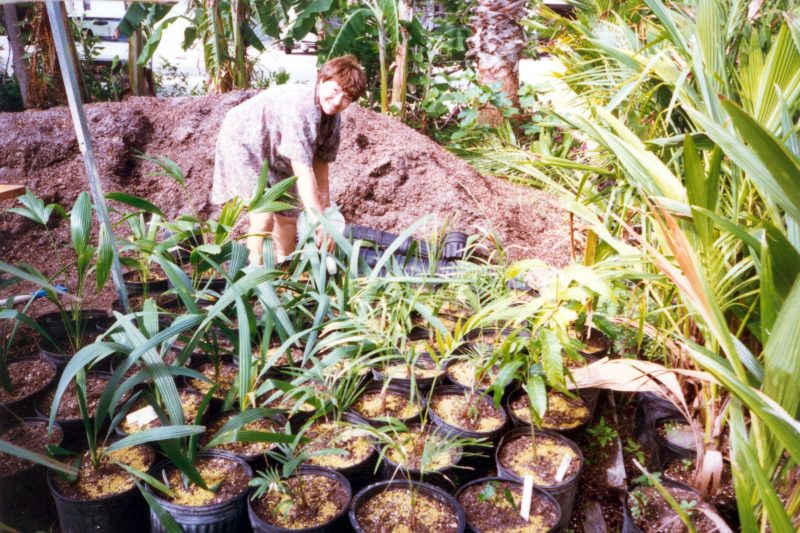 Our coastal tolerant plant experts can help locate and select the proper plants to suit any landscape need.
Go